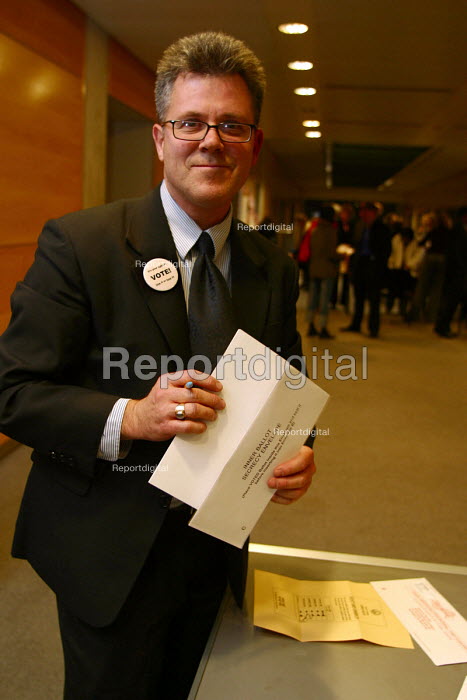 Filename
Q41003.jpg
Caption
Peter McKenna a US citizen resident in the UK for 12 years, filling in his postal ballot in the US Presidential election.
He is one of 25,000 US citizens resident in the UK who have registered to vote in November's election.
A Democratic Party supporter, he said" These are not simple times and we cannot afford a simplistic president. I'm voting for Kerry. Bush only thinks in a two dimensional way". He was attending a showing of the last of presidential debates between Bush & Kerry at Imperial College in Kensington last night.The event was organised by Democrats Abroad, 500 people attended.
Credit
© Joanne O'Brien/reportdigital.co.uk
Creation date
20041014
Custom1
UK GBR826 europeregi
Photo is in:
Hide keywords